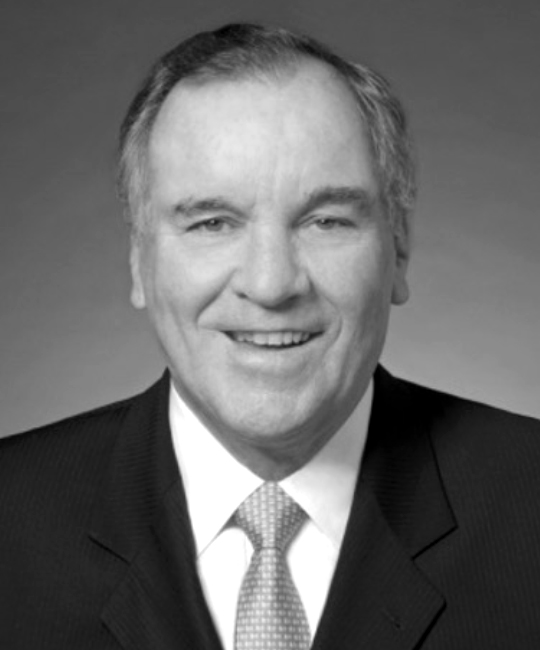 The longest-serving mayor in Chicago’s history, Richard M. Daley has earned an international reputation as a leading innovator in urban development, fiscal policy and government stewardship. As mayor, Mr. Daley enhanced Chicago’s quality of life, improved the public school system and infrastructure, strengthened the economy, reduced crime, improved transportation and made Chicago one of the most environmentally friendly cities in the world.

During his 22-year tenure as mayor, Chicago became a prominent player in the 21st century global economy, now ranking among the top economic centers and most influential cities worldwide. Mr. Daley pioneered a model of successful public-private partnerships that established Chicago as the benchmark for long-term sustainable urban growth and development.

Throughout his career, Mr. Daley has maintained a commitment to unifying mayors across the United States and the world to tackle the challenges confronting cities. He served as the 54th president of the U.S. Conference of Mayors, organized the Great Lakes and St. Lawrence Cities Initiative in 2003 for the restoration of the Great Lakes and founded and chaired the Metropolitan Mayors Caucus for the Chicagoland region. He has also hosted international conferences in Chicago for delegations of municipal leaders from the United States, Canada, China and the Middle East and is a sought-out advisor to countless foreign leaders.

He served on the boards of Coca-Cola (KO) and the JP Morgan global cities initiatives, Victory Park Capital, among others and is of Counsel to Katten Muchin Rosenman LLP, an international law firm based in Chicago. A former state senator and county prosecutor, Mr. Daley was elected mayor in 1989 and re-elected five times before deciding to retire from government in May of 2011.